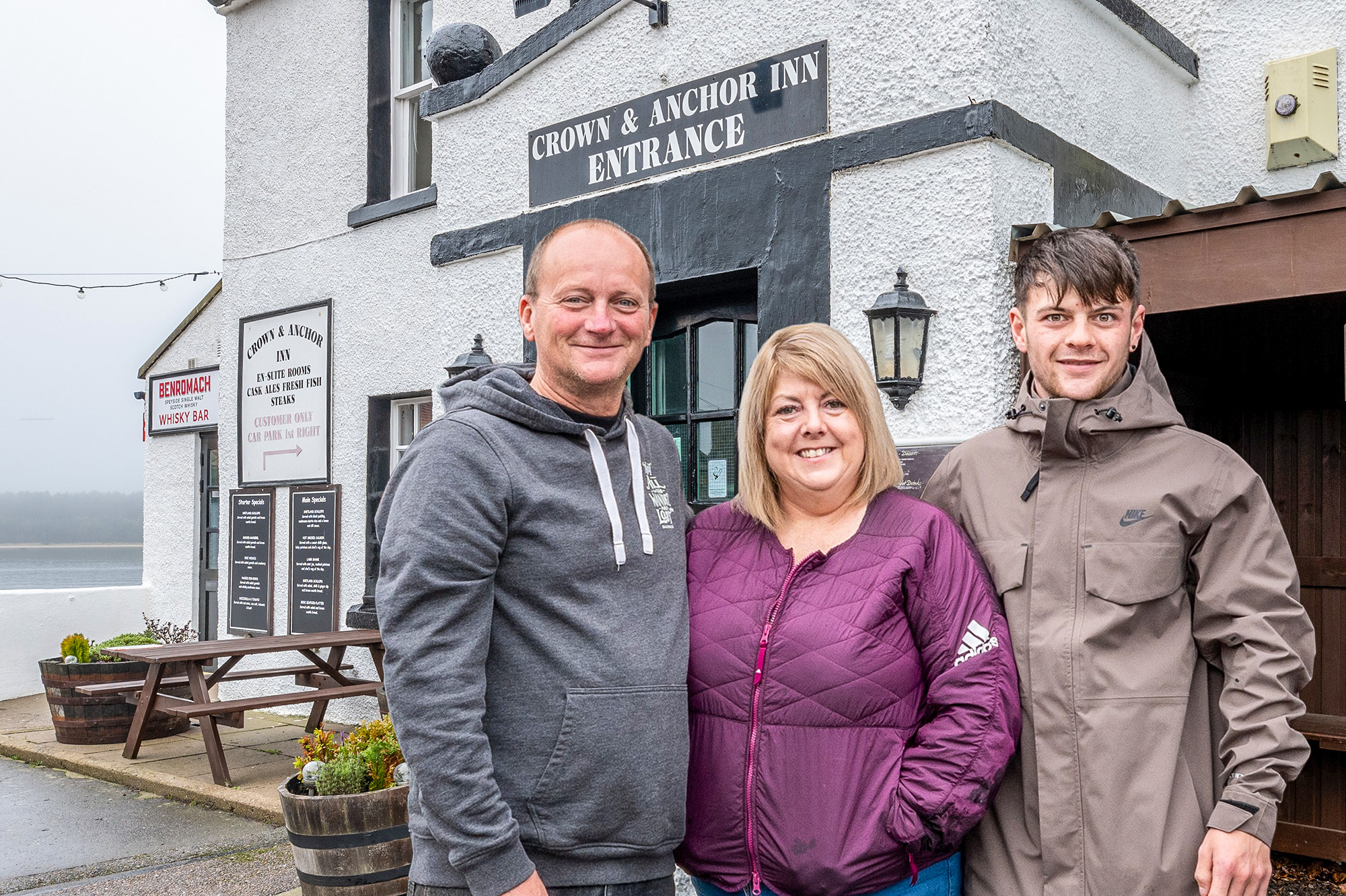 A Findhorn family who run a handful of businesses in the village have added yet another to their portfolio.

The Paterson family – Simon, Katrina and Jamie – who are well-known in the village, and operate the Captain’s Table, The Captain’s Parlour, Findhorn Marina and North 58 Sea Adventures in the village, will add the Crown & Anchor Inn to their commercial operation next month.

After 15 years in the hands of Mandy and Findlay McNaughton, the couple are now retiring.

Simon said: “The Crown & Anchor has been at the very heart of Findhorn village since 1739 and an important meeting place for local residents. It is also the village’s only hotel.”

“We’re all very proud of what Findhorn village has to offer and are delighted to be given this opportunity.

“None of this would be possible without our fabulous team down at the Captain’s Table. This truly is a team effort and using their enthusiasm and skills will ensure we build on the hotel’s great reputation and menu. That being said, we are very keen to keep all the existing staff and will be recruiting more as we move forward.”

Katrina added “Mandy and Fin have been very supportive and helpful and I am sure the transition will be smooth. With their ongoing support there should be very limited disruption as there will be no sudden changes to the hotel. We are looking forward to welcoming Mandy and Fin back on the other side of the bar.”

The two families have known each other for many years, having been customers, competitors and friends.

Talks about taking over the pub started a year ago, during a chance encounter abroad. Fin added: “It’s great that people who know the place inside out are taking it on.  We wish them every success.”