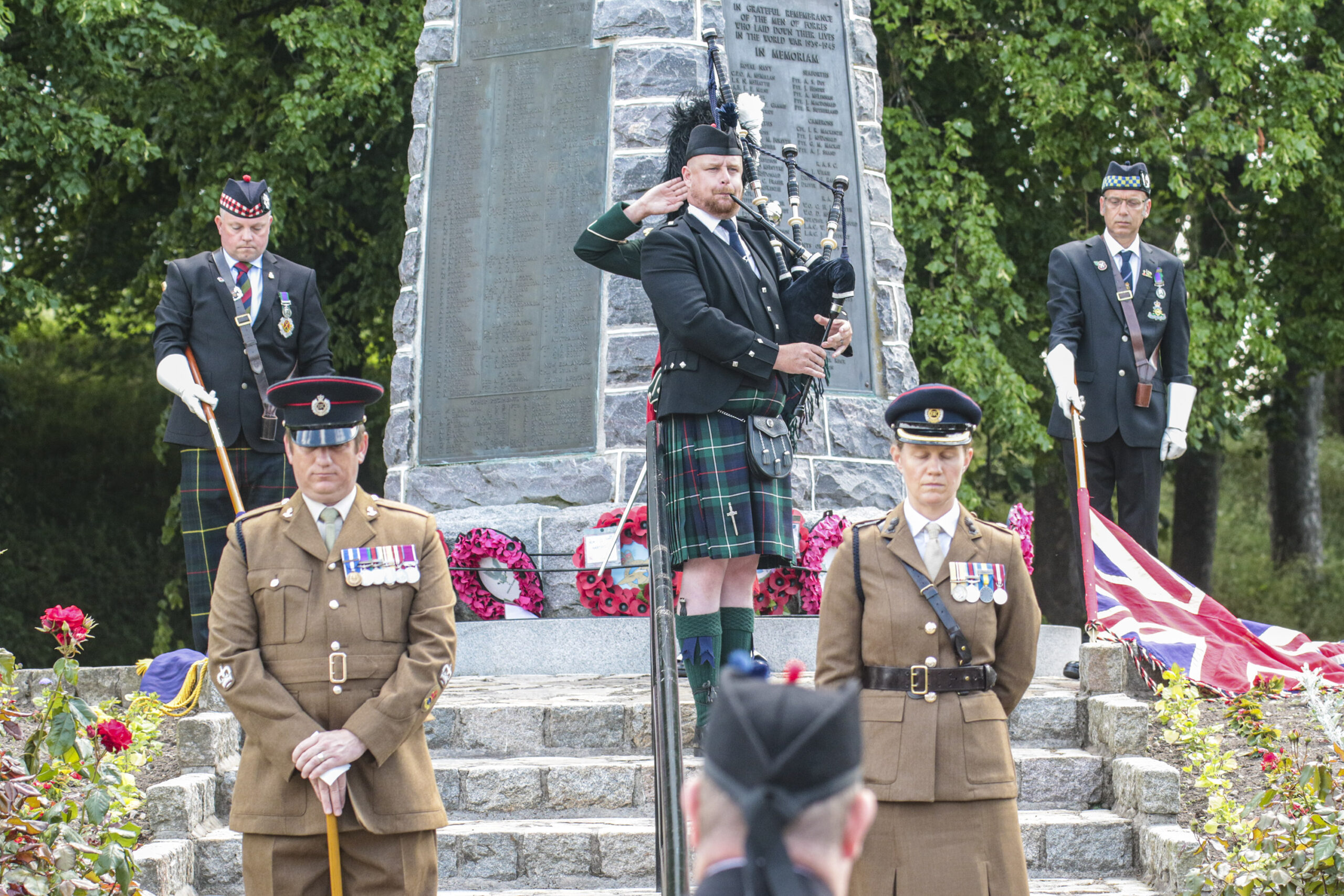 Armed Forces Day was marked in Forres with a small ceremony at the war memorial.

Members of the British Legion accompanied Sergeant Major Neil Stevenson and Major Jessica Drew from 39 Engineer Regiment, Kinloss along with a piper and Drum Major from Forres and District Pipe Band.

The ceremony was scaled down due the coronavirus pandemic.

Moray Councillor Donald Gatt, himself an RAF veteran, said that the armed forces community in Moray is treasured.

“Moray has been synonymous with the military for many, many years and its personnel – serving and veteran – play a major part in the make- up of our community,” he said, referencing Kinloss Barracks and RAFV Lossiemouth.

“As a council we work closely with both bases to ensure our services meet the needs of personnel and their families, and their presence in Moray has raised the area’s profile in many arenas.”

“The whole 39 Engineer Regiment family are very grateful for the way we are integrated into, and supported by the local community.”

“Close communication with the local community and our work providing COVID-19 Mobile Testing Units is a further demonstration of how we all support each other routinely and in these trying times.”