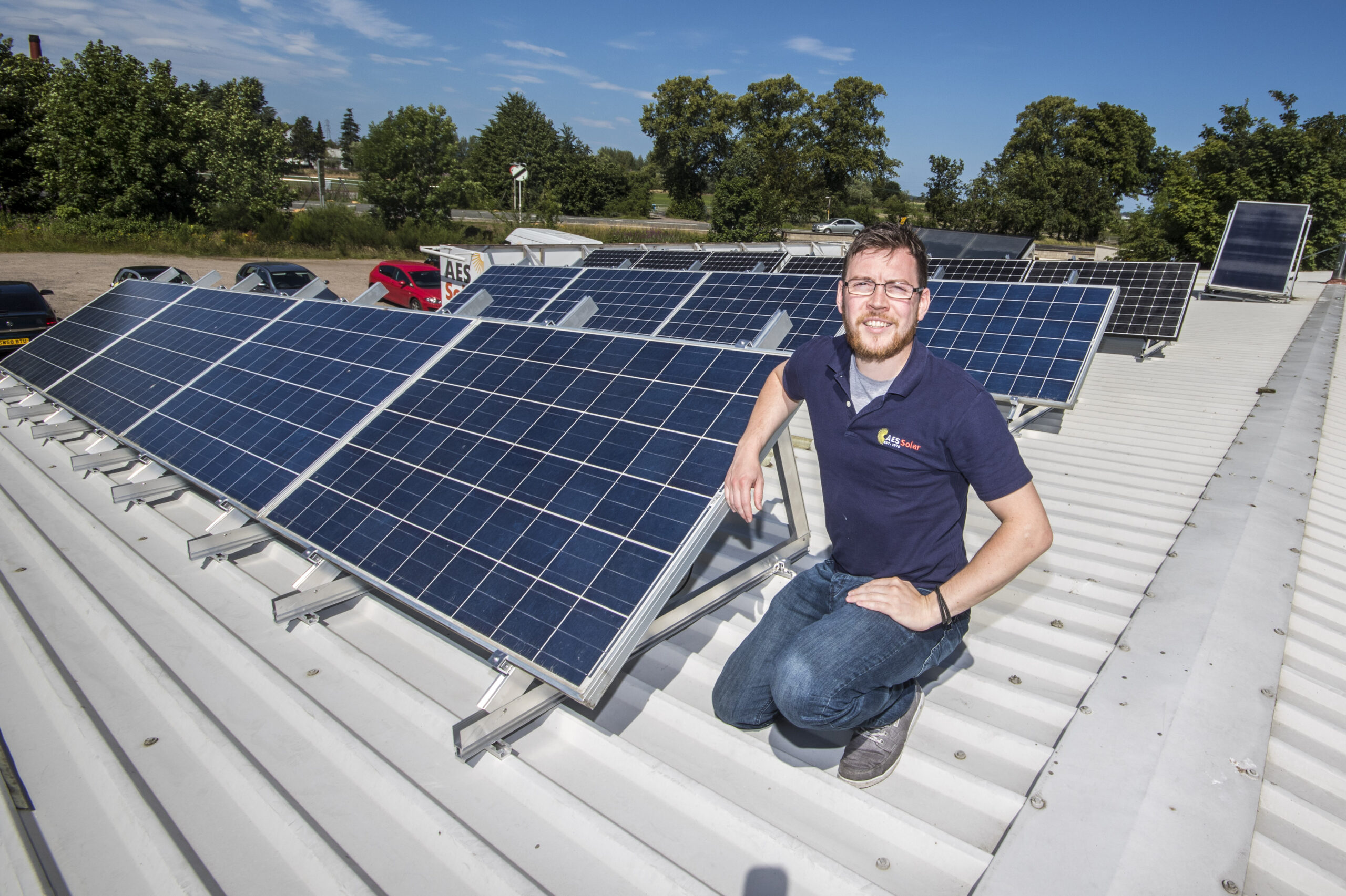 A Forres man has been named as the most promising individual in the North of Scotland renewable energy sector.

This is despite, or perhaps even because, he is the youngest director on the board at a trailblazing solar energy company.

The awards celebrate the best in green energy with contenders from large multi-national companies vying for the trophies.

Josh, who is Operations Director at AES Solar in Lea Road, said: “It is incredibly rewarding being able to wake up every morning and turning my passion for engineering and solar into a career that inspires me every day. After a challenging year for all, this recognition is incredibly special, and I would like to thank all the team at AES Solar for their continued support and encouragement.

It’s the latest in a string of awards for AES Solar who have recently celebrated their 40th anniversary, which makes them the oldest solar panel company in Europe.

In 2019 they won the Solar PV Installer and Contractor award in the Scottish Energy Efficiency Awards and came third in the UK.

They’ve also won at the Highlands and Islands Renewable Energy awards before too, winning the Best Energy Efficiency in House Design or Build.

This was a prestigious project that Josh was closely involved with, and it won recognition on the Channel 4 programme Grand Designs, where the off-grid property also triumphed as the outright winner.

Managing director George Goudsmit said: “We are absolutely delighted for Josh; this is so well deserved. It’s fantastic to see our colleagues being appreciated on an individual level, recognising their dedication and hard work that makes AES Solar collectively so successful. We are incredibly proud of him and all his achievements to date.

“Josh has made an outstanding impact here at AES Solar in the past five years, whether he’s shaping solar policy in Scotland as the Vice-chair of Solar Energy Scotland or organising the latest team fundraising event for us all to get behind and take part in. His endless energy and hours of commitment have paid dividends for himself, the company, and the industry many times over.”

In 2019 Josh and George were invited to Westminster to provide a briefing to the Minister of State for Energy and Clean Growth at the time, Claire Perry. This resulted in AES Solar’s invitation to take part in the BEIS Heat Network Investment Project (HNIP).

Josh has also been involved with several Research and Development projects utilising his knowledge, expertise, and pioneering spirit. Notable projects include the Innovate UK project alongside Soltropy and Heriot-Watt University. This saw the development of a freeze-tolerant flat plate collector and Josh travelled to Dubai with the collector to put it to the test in extreme conditions.

When Josh is not championing renewable energy, he is progressing in his Chinese language studies. He has successfully attained HSK Chinese proficiency qualification level 4 (of 6). He has used this to communicate directly with new Chinese solar and storage manufacturers for technical support and was invited to present at Sunrain, China’s largest solar collector manufacturer.