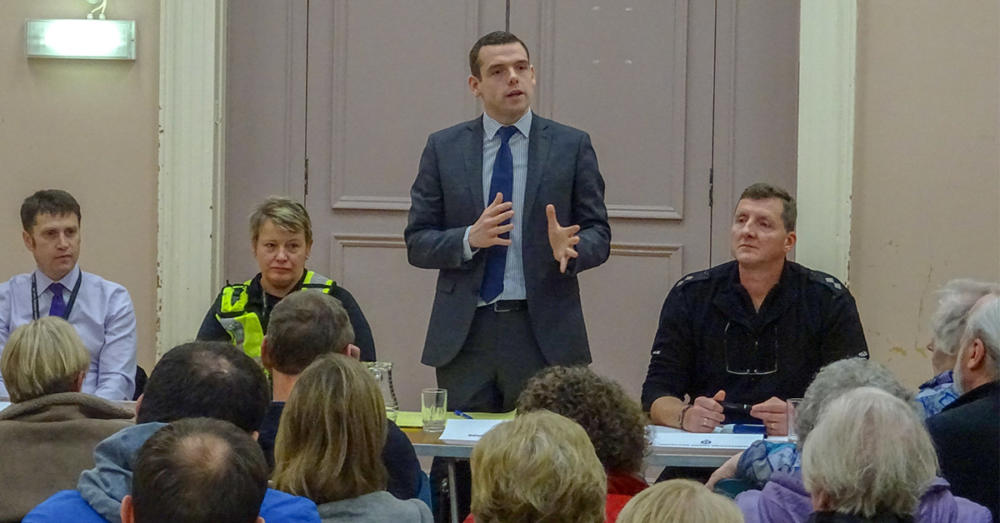 Moray MP Douglas Ross hosted a packed public meeting in Forres Town Hall on Friday afternoon to address issues of anti-social behaviour which have been raised with him by constituents from the town.

Commenting after the meeting Douglas said: “Forres is a generally safe town which for the most part has only low levels of criminal activity, but unfortunately, there are certain elements who would seek to disrupt this.

“I convened this meeting along with the community council because a number of constituents have contacted me about the fact they are suffering due to anti-social behaviour and perceive that there is a lack of action by the authorities to tackle the problems which are making their lives a misery.

“I think it was a very useful meeting and I’m grateful that so many local people attended, and the representatives were able to address a number of the queries.

“I’ve taken a number of follow-up actions away from the meeting and hopefully we can deal with the issues that are causing the greatest concern to local people.”