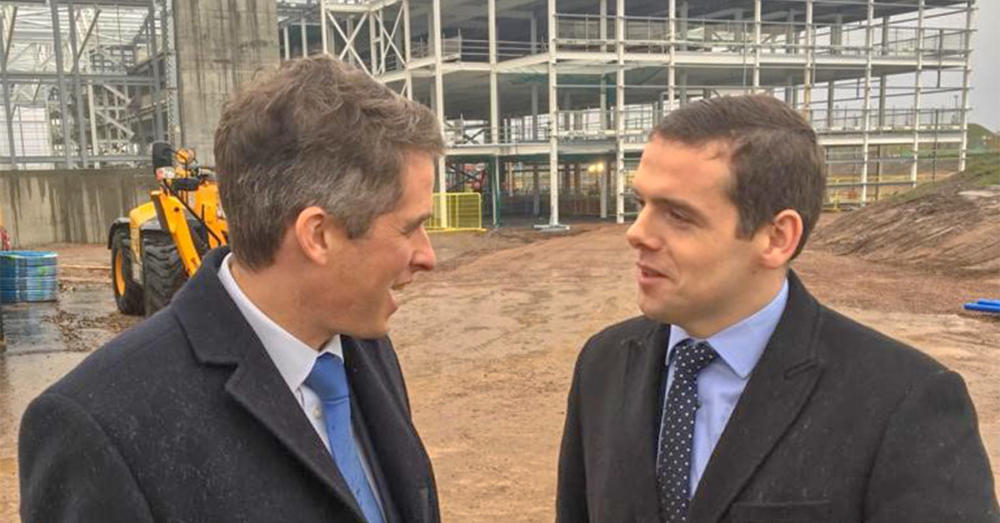 The Ministry of Defence ‘s commitment to the Moray Growth Deal has been commended by MP for Moray Douglas Ross.

Speaking at Scottish Questions in the House of Commons this morning, Douglas received reassurances that the Ministry of Defence, one of Moray’s biggest employers,  will get behind the Moray Growth Deal.

Commenting Douglas said: “Given personnel from both Kinloss Barracks and RAF Lossiemouth are already engaged with the Growth Deal at a local level, I was very pleased to get confirmation in the House of Commons that the Ministry of Defence will have a significant role to play.

“Moray has a great military tradition and service personnel and their families are an integral part of our community and have a great deal to offer to the local economy here in Moray.

“This is even more important now given the significant investment by the UK Government at RAF Lossiemouth.  The Growth Deal can bring in significant, positive change to Moray which is why I am so pleased the Ministry of Defence are getting right behind it.”

Secretary of State for Scotland David Mundell said: “I’m delighted the MoD have confirmed their involvement in the Moray Growth Deal. As a major employer in the area, that can only add to the momentum that’s already growing behind the deal.

“We have made good progress with the deal since it was announced last September and I want us to move quickly as we consider projects over the coming months.

“The UK Government has so far committed more than £1billion to city and growth deals in Scotland and they are starting to transform local economies across the country.”

Paying tribute to the work that Douglas has done on the Moray Growth Deal, Ministry of Defence Procurement Minister Stuart Andrew MP said: “I know he takes a very keen interest in the deal and he is right that as a local employer the Ministry of Defence is an important player in that area, and I can confirm that the MoD is exploring areas for inclusion in his local Growth Deal.”