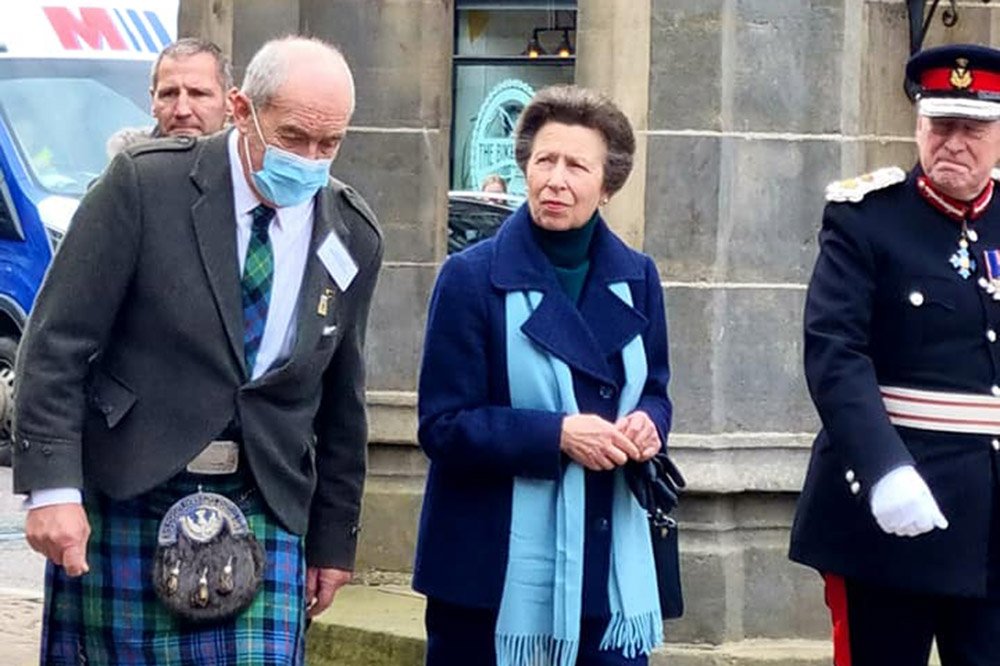 The Princess Royal arrived in Forres today and surprised passers by as she walked down the street and met community leaders, key workers and volunteers in a visit to the historic Tolbooth on the High Street.

Her Royal Highness thanked two dozen local residents for their efforts before and during the pandemic, including:

She also thanked healthcare professionals for their role in vaccinations, GP support, community care and more.

Moray’s Lord-Lieutenant, Major General Seymour Monro, said: “It has been wonderful the way that the people of Moray have come together to help each other. So I am particularly pleased that Her Royal Highness met a representative group of those who have been at the heart of these endeavours such as councillors, representatives of key charities such as Moray Food Plus and Project Wingman, a head teacher and a police constable. I’m thrilled that The Princess Royal was also able to meet with health staff to learn about their vital contribution for the health and wellbeing of Moray residents during the pandemic.

“It was good that she met them in the superbly renovated Tolbooth and met George Alexander, the Chair of Forres Heritage Trust, and Tom Logie who has devoted great energies to the refurbishment.

“The Princess Royal heard about what they have been doing during the pandemic and what plans they have to improve things for the community in the future.”

The Princess Royal, then visited AJ Engineering’s new facility at Waterford to officially open it. She also visited MIRO at Findhorn to give them the Queen’s Award for Voluntary Service, where she was given a trip around Findhorn Bay.