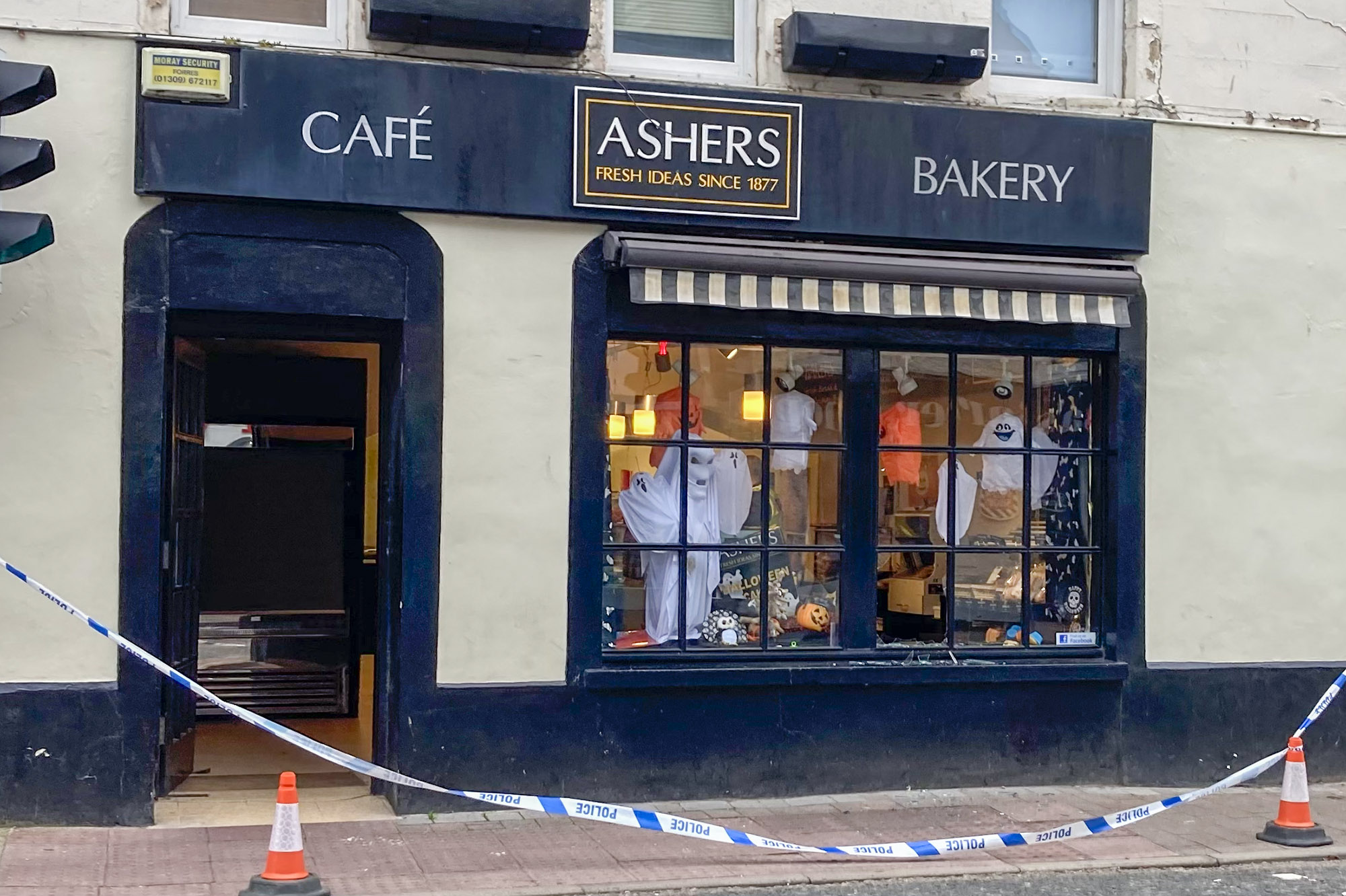 A baker’s shop on Forres high street was broken into overnight.

Asher’s Bakery in Forres had a window smashed, charity collection box stolen and suffered damage in the early hours of Friday morning.

A Police Scotland spokesperson said: “We received a report of a break-in to a premises on High Street, Forres, around 4.05am on Friday, 28 October.

“Enquiries are at an early stage and ongoing.”