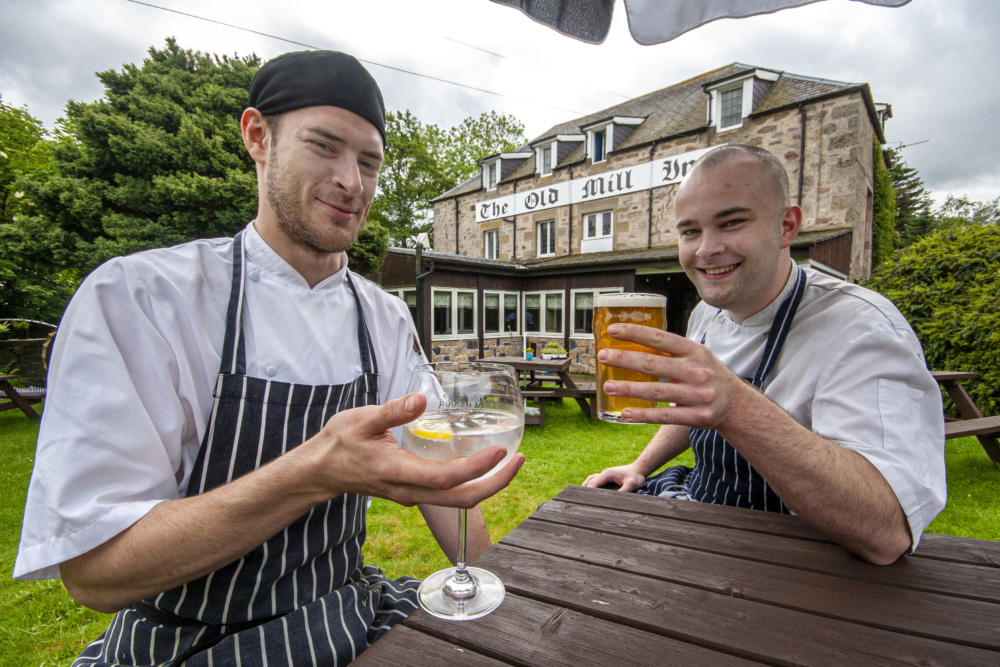 The new owners of a popular inn are hoping the weather plays ball for their first outdoor beer and gin festival later this month.

Over the winter, they have refurbished the bar, bedrooms and garden and are now turning their attention to making use of the space they have.

The ‘Festivale’ Beer and Gin Festival will be their biggest event since moving in, and they’re putting a family spin on it to make it appeal to a wide audience.

As well as more than 20 real ales from local breweries such as Speyside, Spey Valley, Windswept, Cromarty, Orkney and Cairngorm, they’re adding favourite gins from around the area too. Names like Red Door, Avva, Kinrara will be served as well as the normal range of lagers, ciders and spirits.

David said: “We’ve decided to go for a family-oriented event and so have put on a day of kids’ entertainment as well as the festival essentials such as good food, music and atmosphere. It’s free to get in, there’s some fabulous entertainment lined up and we’ll have a stage, a marquee and a barbecue. There’ll be live bands on both days, and we’ve created some opportunities for up and coming local musicians who asked us if they could play.

The festival will take place on June 22 and 23 from noon to 11pm and entry is free.

Saturday entertainment will come from Andrea Turner and her jazz trio. On Sunday afternoon, kids are to the fore with party games, face painting, stilt walkers, and a traditional Scottish Ceilidh band.

“And on Sunday night, we’ve got The Fragz, a five-piece rock and pop band playing original material and covers with a repertoire that will please everybody,” He said.

Sophie, who is originally from India, said they will have a festival menu for the two-day event and it’ll be Scottish artisan cuisine with an Indian influence.

She added: “We’ve recently turned the outside space into a beer garden, so we’ll have a barbecue, a marquee, and of course we’re hoping for good weather, but there’s enough room inside the Old Mill if it decides to rain.

“Our Tartan Thali night over the winter proved really popular, and people said they liked the Indian touch.”