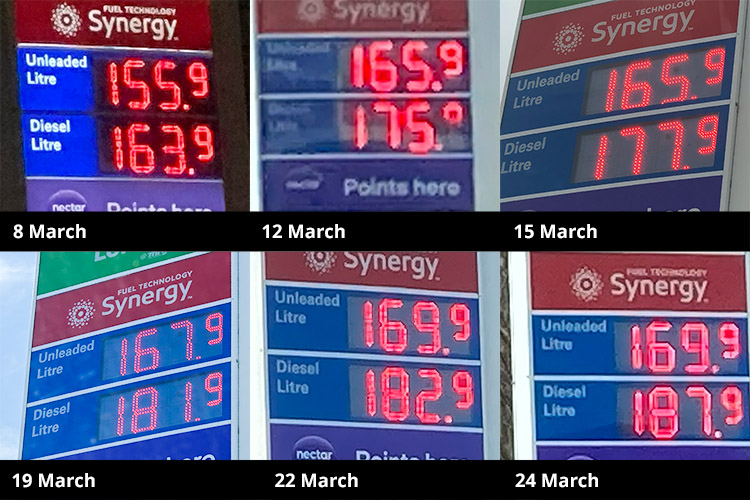 Fuel prices in a Forres filling station are continuing to go up, despite a cut in fuel duty yesterday.

Chancellor Rishi Sunak announced a five-pence cut on Wednesday (23 March), but prices at the Esso station on Nairn Road went UP by five pence.

Fuel prices are increasing across the country, however, we were contacted by a reader to say that the next nearest filling station at Kinloss was cheaper by 12p pence per litre, and we checked it out.

That’s around £5 difference filling up in town or three miles down the road.

The Esso station is operated by Motor Fuel Group (MFG) who claim to be the UK’s largest independent forecourt operator. Seapark Filling Station in Kinloss is operated by Gleaner, a local company based in Elgin.

Have you got news about something happening in the Forres area? Or pictures you want us to share? Here's how to get in touch with us.
Email: mail[email protected]
Phone: 01309 25 50 60
Messenger: m.me/forreslocal