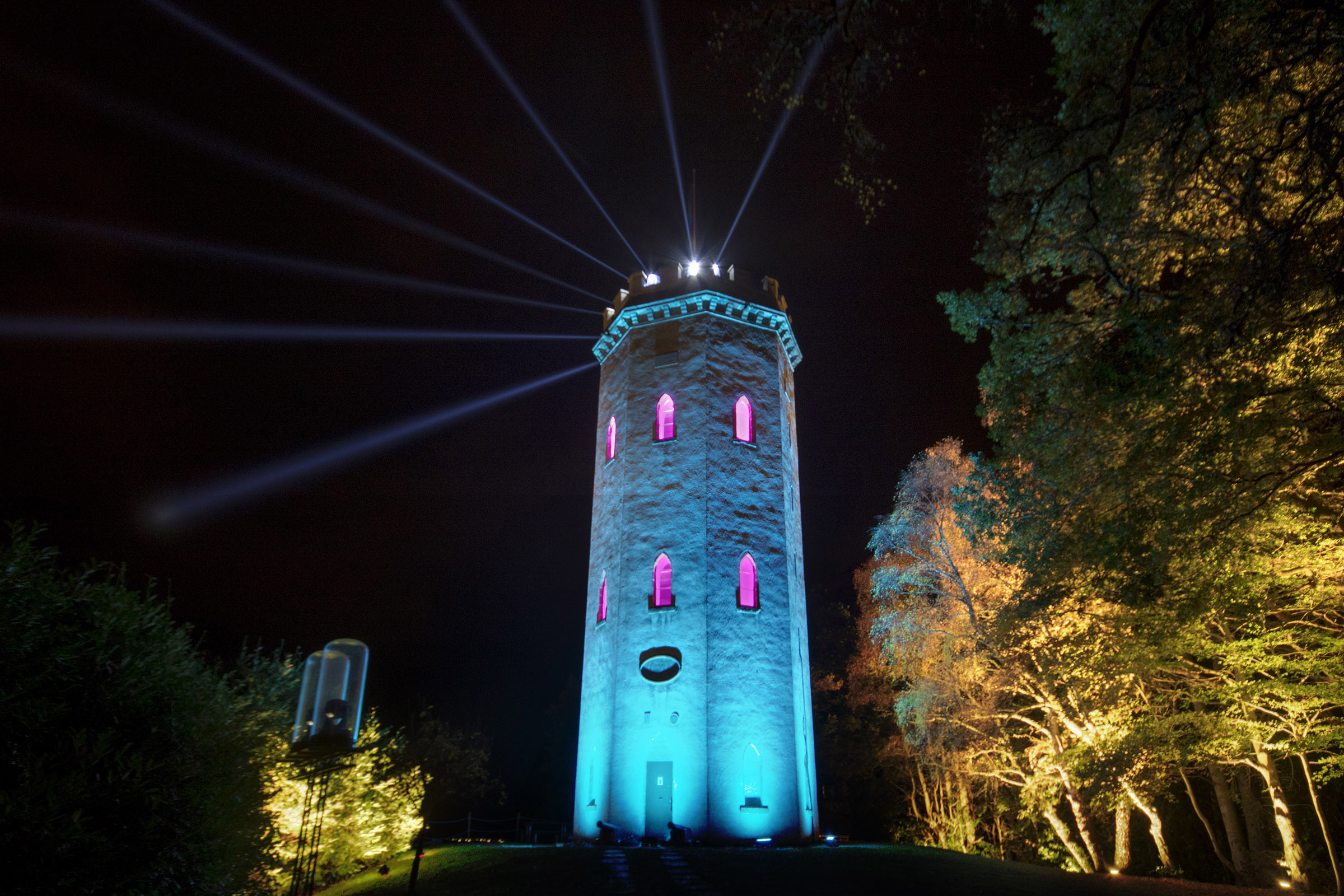 Three historic icons on the Forres landscape could be lit up to show off their architectural beauty after darkness falls, if permission is granted.

An application has been submitted to light up Nelson’s Tower, The Tolbooth and the Mercat Cross by the Forres Heritage Trust. The project will cost £111k.

The trust owns the Tolbooth and looks after Nelson’s Tower on behalf of Moray Council.

Trust director Bob James explained: “These buildings are part of Forres’ rich history and lighting them up will make them a beacon and encourage interest and tourism for the buildings themselves but also create a feature for the people of Forres to enjoy.”

The buildings have been lit up before by temporary installations. The Tolbooth was bathed in purple light in October last year to show support for World Polio Day. And in 2016 and 2017, Nelson’s Tower was illuminated for three weeks as part of the Colours of Cluny show.

RYBKA, a firm specialising in lighting design with expertise in heritage buildings has been appointed, and the trust is also working with LDN Architects who have been involved in projects with strong heritage connections.

“With the support of RYBKA and LDN we have managed to come up with a sound proposal. Great emphasis has been placed on ensuring all equipment used is as energy efficient as possible and being of a standard to last the passage of time. There has also been great consideration taken for the environment. We have already had a meeting with Moray Council’s planning conservation officer at the sites to discuss this further,” Bob said.

The trust will now start raising funds for the project. Both LDN and RYBKA have offered their services at reduced rates.

Trust director Bill Budge added: “The Forres Heritage Trust consider that the historical importance of Nelson’s Tower, the Tolbooth and Mercat Cross fully justifies its decision to embark on a course to illuminate each building.

“Over 50 years ago the Town Council of Forres were very keen to floodlight Nelson’s Tower, but sadly this project did not go ahead. The lighting will be controlled by sophisticated technology allowing buildings to be illuminated in appropriate colour schemes to reflect such events as Armistice Day, St Andrews Day, McMillan Cancer, Christmas Day, to name but a few.”

“Nelson’s Tower currently attracts visitors from the local community and many more from near and far. It is a prominent building and tree pruning on Cluny Hill, which is planned to take place in the Spring of 2022, will make the tower even more visible when approaching Forres from Elgin.

“The Trust feels that illuminating Nelson’s Tower, the Tolbooth and the Mercat Cross throughout the year will develop them into a beacon, advertising their presence to all and will encourage increased visitor numbers.”