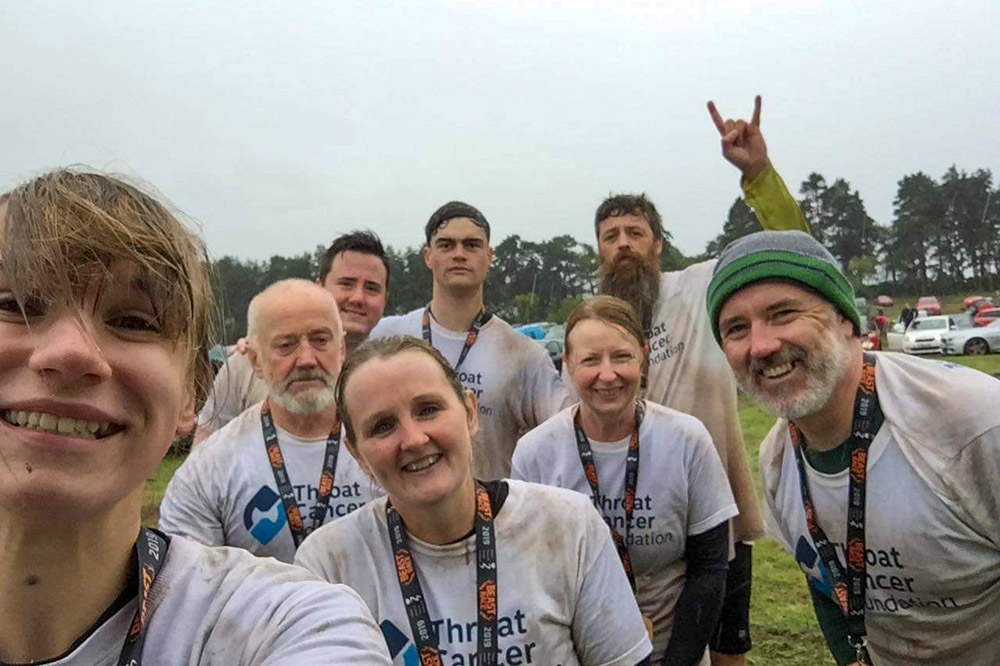 A hardy bunch of fundraisers battled through a rain-soaked course at the Loch Ness Beast Race on Saturday to raise money for causes close to their heart.

Forres Beasts, a team of eight local gym-goers from Life and Sole, took on the challenge to raise funds for Throat Cancer.

He said: “Nearly 12000 new cases are diagnosed every year and 2 people a day die from this dreadful disease. Although it’s got a good cure rate, it’s known as one of the hardest cancers to treat because of the sensitivity of the neck and oral areas, treatment in most cases leaves patients with side effects and facial disfigurement.

“The Throat Cancer Foundation has pioneered and succeeded in getting boys vaccinated against the HPV virus which is now a big cause of these cancers.”

Also from Forres, Chloe Kift and partner Jon took on the challenge together to raise money for Maggie’s on behalf of their son, Sandy, who was diagnosed with lymphoma at 19.

Chloe described the course: “It poured all the way and the mud was ankle-deep and very slippy. Three full-body dips in Loch Ness and by the 7k mark I was shivering so much it was a struggle to keep upright, and I had to miss a few of the obstacles as my hands were seized up with the cold.

“Jon put his Marine training to good use and completed all the obstacles in double quick time with flying colours. It is something I won’t forget in a hurry.”

They raised £480. Both have Just Giving pages which are still collecting donations.