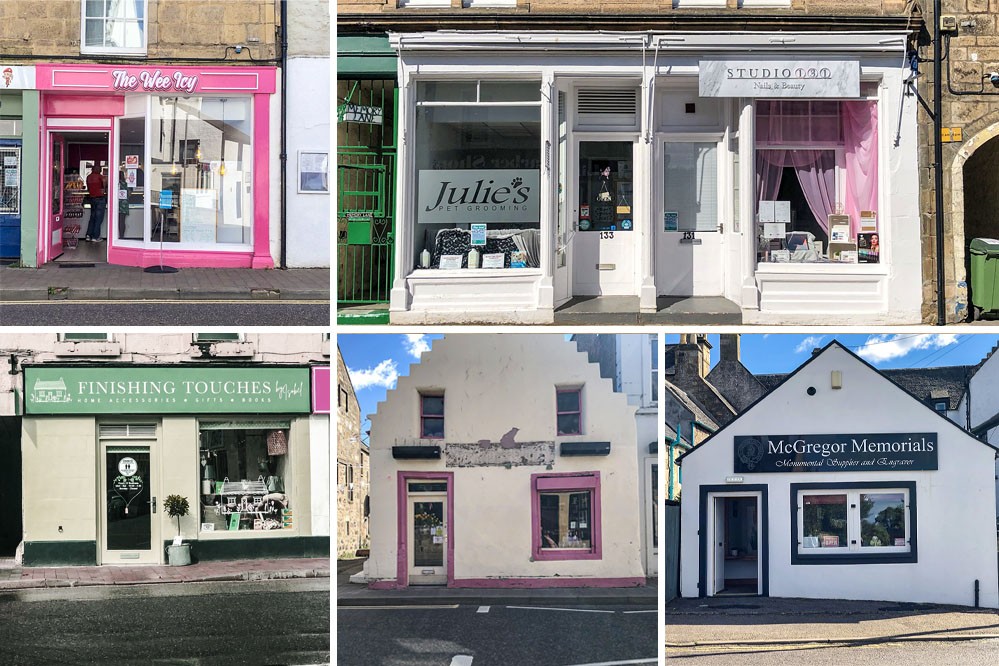 Despite grim forecasts and news of business hardships, Forres town centre is bucking the trend with the opening of six new shops in six months, or slightly over, while closures strike elsewhere.

What’s more, owners are extremely positive about the uniqueness and friendliness of the high street in Forres and cite this is as the reason they want to start a business here. The six to open are:

Julie Duncan from Julie’s Pet Grooming (High street pet grooming salon is back), moved into the town from Nairn and said: “Forres has such a lovely high street. It has a great variety of shops compared to other towns.”

She and her neighbour Gemma Stewart at Studio 131 (Gemma fulfils dream to open high street nail bar) both opened in the old Forres Gazette building at 131-133 High Street, which has been split into two units.

The latest shop to open is Finishing Touches at 45 High Street (Interior design says ‘send of community is vital). Selling interior and lifestyle goods. Owner Isobel Kirkland said: “Covid-19 has made us all realise the importance of regenerating our local High Street. Shop local is the way forward, cutting down on the need to travel to larger towns and bring back the sense of community that we all experienced during lockdown. Let’s keep that alive,”

Although the outlook is positive, there is also some sad news. Kilted Fudge at 22 High Street won’t re-open. It blamed the measures required for social distancing in the shop and said it would continue to trade online and from its kitchen shop HQ in Aviemore.

There’s also been a pop-up shop at 86 High Street since mid-June, selling fresh organic fruit and veg as well as bakery produce from The Bakehouse in Findhorn, which has twice extended its stay in the town centre due to popularity. The shop is let out by Findhorn Bay Arts which promotes town centre regeneration through artistic collaborations.

And Forres Crafters recently had a three-day pop-up shop in the Tolbooth, selling a variety of hand-made crafts.

Business Gateway recently confirmed that across Moray, 52 business start-ups had been recorded in the three months since the beginning of June.

MSP for Moray Richard Lochhead said: “There is no getting away from the fact that the last four months have been incredibly challenging for local businesses and the Moray economy, however, there has been some positive news and I very much welcome the fact that over 50 new business ventures started locally since June. I wish every one of these new start-ups every success.”

FSB National Councillor for Scotland Pearl Hamilton, said: “The Federation of Small Businesses know that small businesses play a huge role in helping to make our villages, towns, cities, rural spaces more vibrant and connected places. Many donate time, contribute skills, offer apprenticeships, and more than nine-out-of-ten small employers have hired at least one staff member from a harder-to-reach part of the labour market. We recognise their willing contribution to the economy this is very much welcomed. We wish the new and varied businesses in Forres every success and much support from our near community and beyond.”

In contrast, it compares favourably to neighbouring Nairn. Last week the local paper headlined with ‘High Street closures keep on coming”, and reports on the Sue Ryder shop announcing they won’t re-open, bringing the number of empty units in its town centre to 12.