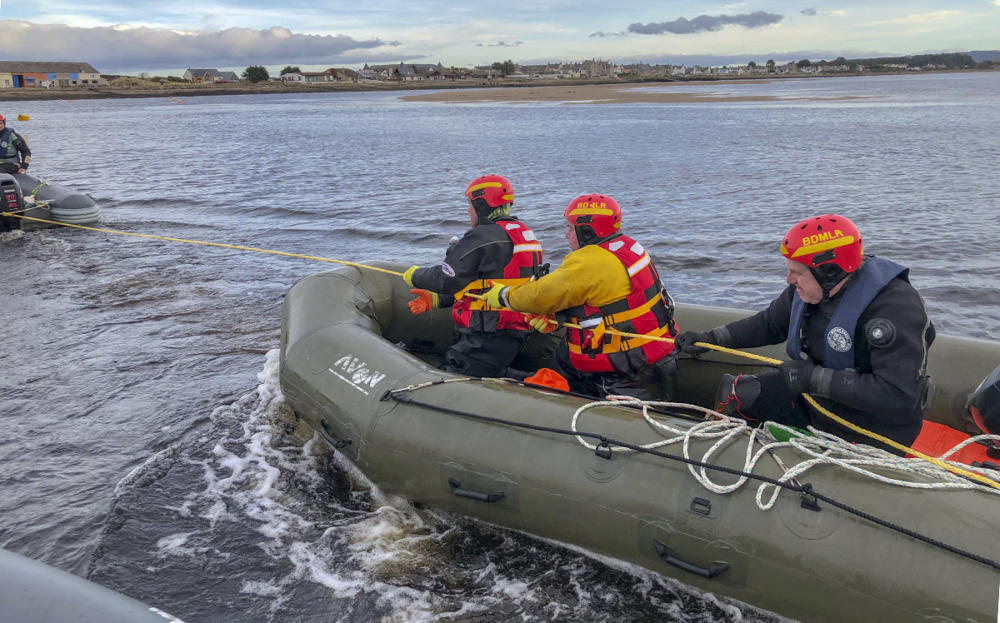 A team set up to cut whales free from marine debris has been training in Findhorn Bay.

The Whale Disentanglement Team is the only unit in and was training locally because boat yard owner Simon Paterson is a member.

In the week following their training session, they were seconded to the Central Belt where a Humpback whale with an entaglement had been spotted swimming inshore with a calf.

Simon said: “This poses an extra danger as the mother will be protective of the calf despite being entangled.”

The team, which is funded by public donations, has been in existence for more than ten years. It was originally formed when a small delegation went to Cape Cod to get training over a decade ago. In training exercises, they drag an entanglement behind a boat to simulate a moving whale. They meet up at least twice a year, with several smaller training sessions taking place across the UK.

Simon explained: “Entanglement is an issue that is being tackled by ourselves and the fishing community.  Fishermen disentangle whales and are working to reduce the problem. It’s very important as an entangled whale will suffer and possibly die as a result.”

He said the session involves attaching their boat and several kegging buoys to slow the animal and keep it on the surface, then using an assortment of specialist cutting tools they remove the entanglement as far as possible.

But asked what dangers the team faces, Simon added: “A whale who is already having a bad day before we arrive.”